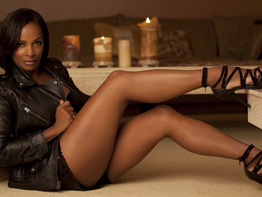 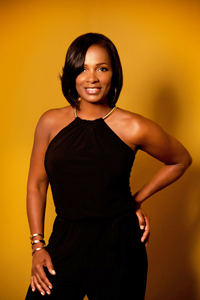 Vanessa Bell Calloway is a stage, screen and television actress who has earned eight NAACP Image Award nominations. She won the “NAACP Theater Award for Best Actress” for her critically acclaimed role as Zora Neale Hurston in “Letters From Zora”.

A character actress in demand, Vanessa is best known for her roles in the box office smashes “South Side With You” where she portrays the first grandmother, Marian Robinson. Other film credits include, “Coming to America,” “What’s Love Got to Do with”, “Biker Boyz”, “Love Don’t Cost A Thing”, “Daylight,” “The Inkwell”, “Crimson Tide”, “The Brothers”, “Cheaper By The Dozen” and she voiced the lead female role in the animated feature “Bebe’s Kids”. Vanessa will soon be featured in two major motion films, “Dragged Across Concrete” starring Mel Gibson and Vince Vaughn, “Unbroken: Path to Redemption” a Universal Studios release and a new independent film “Vengeance”. Other independent features include, “The Preachers Son”, The Under Shepherd” and “The Last Fall”.

Calloway is currently starring in Bounce TV’s new hit one hour drama “Saints & Sinners” as the matriarch Lady Ella, and will recur in the Starz hit “Survivors Remorse” in their fourth season this year. Other shows include ABC’s “Grey’s Anatomy”,TV ONE’s record breaking bio pic “The Miki Howard Story” as Josephine Howard the singers mother, and “To Hell And Back” an original movie for TV ONE as well. Other recurring roles include “Shameless”, on Showtime, Amazon’s “THE HAND OF GOD”, TNT’S “Murder In The First”, “Rizzoli & Isles”, “Hawthorne RN” and NBC’s “Harry’s Law” and “Go On”. Vanessa’s television career began with ABC’s “All My Children” and her television guest appearances are many. BET’s “Real Husbands Of Hollywood”, CBS’s “NCIS”, ABC’s “Castle”, Showtime’s “Dexter”, “Cold Case”, “The Closer”, “CSI”, “CSI Miami” and “The District” just to name a few.

Vanessa is also a director, producer and creator. She directed an episode of her hit series “Saints and Sinners”, a short “The Bricks” and a webseries “Everything I Did Wrong In My Twenties”. Her directors reel can be viewed at WWW.NessaBProductions.com. She has two hit web series “In The Company Of Friends”, and her newest web series “Cookin & Hookin Up”. Her Blog Talk Radio Show “That’s So Very Vanessa”, and her web series are all available ON DEMAND ANYTIME at the WWW.INTHECOMPANYOFFRIENDS.TV.

Vanessa’s stage credits are many. Not only did she sell out performances at The Pasadena Playhouse on two separate engagements in “Letters From Zora”, she also received more rave reviews with her riveting performance at The Crossroads Theater in New Brunswick NJ. She starred in “Seven Guitars” at “The August Wilson 20th Century Theater Festival held at The Kennedy Center, and in the Los Angeles production of “The Piano Lesson”. Vanessa brought the house down in the Los Angeles production of “The Divorce”, and she also starred in the LA stage production of “Crowns” at The Ebony Repertory Theater and The Pasadena Playhouse. She recently was reunited with Zora playwright Gabrielle Pina for a new play “Dreaming Of Harlem Under A High Southern Sky,” which also received rave reviews.

A professional dancer, Vanessa has performed with various professional dance companies as well as the original Broadway Company of the hit musical “Dream Girls” and several Off Broadway productions. Television movies include “The Temptations”, “Memphis, “Polly”, “Polly Coming Home” and “Dancing At The Savoy”. You can see Vanessa and her two beautiful grown daughters Ashley and Alexandra dancing together in a viral video on YouTube. She has been married to her loving husband Dr. Anthony Calloway for 29 years.